You will be seeing a new face on campus and at athletic events this year. Saint Mary’s named Brian Sisson as the new Athletic Director at the beginning of the 2018-2019 academic year. Sisson previously was the associate director of athletics and director of external relations at Lewis University.

In the next few months, Sisson plans on becoming fully acclimated to the university and getting to know everyone. While he is getting to know everyone more he is predominately focused on doing whatever he can to help in the athletic department. He also feels as though he can succeed in his position under the new presidency of Father Burns.

Saint Mary’s faculty and staff recently held a social to welcome Sisson. Overall, Sisson is looking forward to working with the Saint Mary’s community and to begin to make a difference in the athletic department. 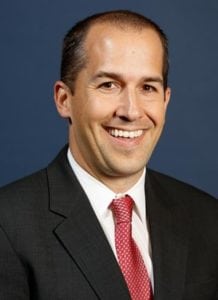