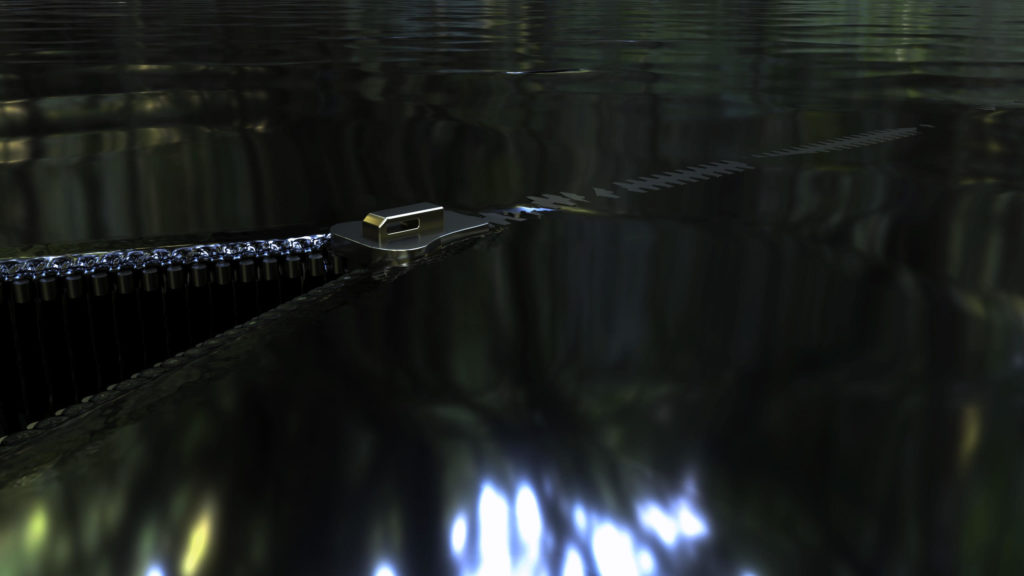 This piece is called Zipper. “It is about zipping apart a lake that cannot reach bottom,” said Lin.

Editor’s Note: This story was written by Kayla Dwire.

Taking a risk and traveling across the world to get the college experience isn’t for everyone, but for this student, it was a risk he was willing to take.

As his senior year is quickly coming to a close, and his senior art show is approaching, Yijun Lin is reflecting on his time here at Saint Mary’s University of Minnesota as a graphic design major. Coming from his hometown of Chengdu, China to Winona, Minnesota, he has had to make adjustments and learn things along the way. A quote from a professor he will never forget is, “Everyone is fighting a battle that others don’t know about.” He resonates with his journey and experience he has had here in Winona.

Lin’s artwork will be displayed in an upcoming art gallery. In his portion of the art show, you will find work that he created using a three-dimensional software program. His work is all based around the theme of water and fear.

“I think everyone has something, even little things, that they are terrified of, and I hope the audience can find both reflections and hope in themselves through my work,” said Lin.

After graduation, Lin plans to go back to his hometown to revisit his family since he hasn’t seen them in quite some time.

Find Lin’s work, along with the work of two other senior art students at the Lillian Davis Hogan Gallery for their opening on April 9th from 2:30 P.M. – 4 P.M.