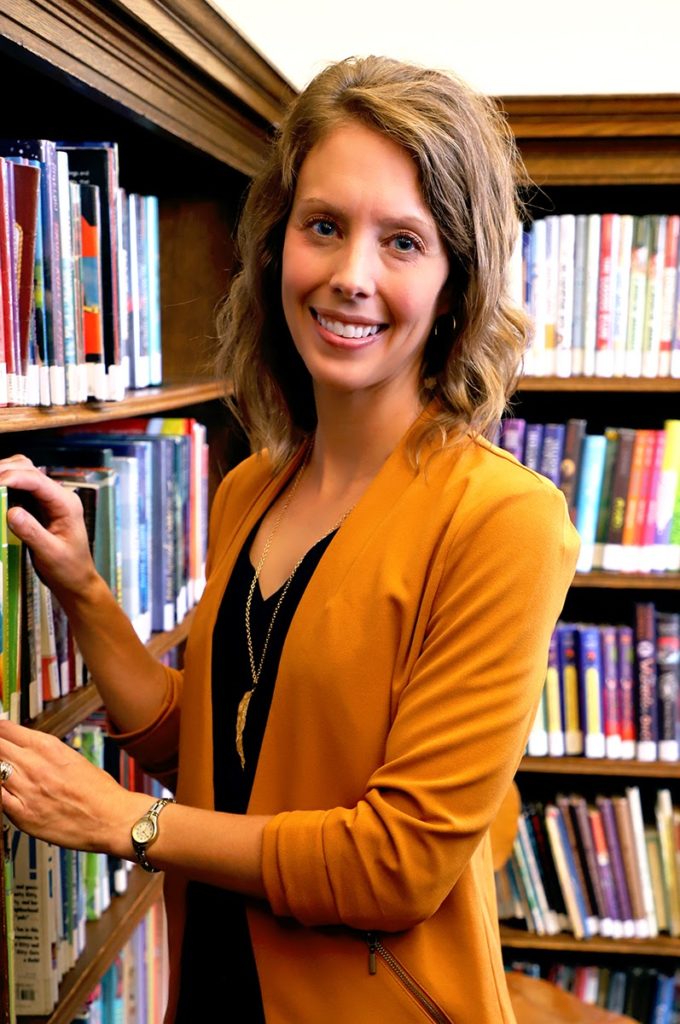 Baertsch at the Winona Public Library.

Editor’s Note: This story was written by Sophia Thompson.

After graduating from Saint Mary’s University in 2005 with a degree in public relations, Jenny Baertsch worked as a marketing manager. Her life took a turn, however, when her husband brought home a cat.

The cat’s name is Boots Meowington Baertsch and is the inspiration for Baertsch’s first book, Junkyard Tough: A “Tail” of Bravery. Boots’ entrance into her life sparked her creativity and launched her onto a path she didn’t know she would end up on.

Baertsch had taken creative writing classes in elementary and high school, but had stopped when she got to college.

“Writing was always really fun, and I thought it would be really cool to have my own book someday,” said Baertsch. “But as we grow, we tend to push our dreams aside, and I found myself doing that.”

However, the arrival of Boots helped Baertsch write her first book. She held a local book launch in Winona on Saturday, Oct. 16 at the Winona Public Library.

Junkyard Tough: A “Tail” of Bravery is a children’s chapter book that teaches kids what it means to be brave. Baertsch’s decision to create a chapter book was influenced by her children and her own childhood love of similar books.

The book was a huge success among the local teachers and writers who were the first to read it.

“That’s what really did it for me, the fact that they had faith and saw promise in my writing,” said Baertsch. “The Winona community has truly got my back.”

One of the largest hurdles an author has to overcome is getting their work published. Baertsch looked at traditional publishing routes, but it didn’t fit with her vision for the book. Neither did self-publishing. Instead, Baertsch created her own company, Baertsch Books.

“Now I can perhaps mentor others through the publishing process or publish books for others,” she said.

Junkyard Tough: A “Tail” of Bravery is Baertsch’s first book, but with this company, it may not be her last.

“I’m not promising anything,” said Baertsch. “But the opportunity is there.”

The community she gained during her time at Saint Mary’s University helped her make her book a reality, and she is forever grateful to everyone who helped her along the way.

“I decided to dare to dream,” said Baertsch. “Now I have the potential to turn Baertsch Books into something big.” 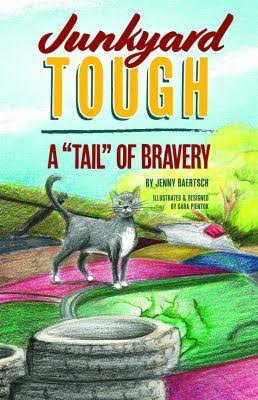 Junkyard Tough: A “Tail” of Bravery.